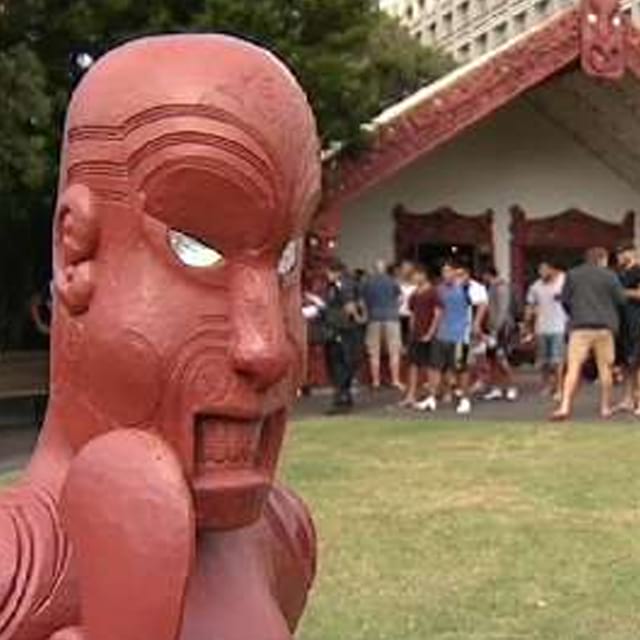 Tags
kapa haka
Maori poi
poi PhD
Research & Development
University of Auckland
All posts
The conferences.
The poi lessons.
The pre-tests.
The participants.
Just say No to section G.
The signature quest.
Planning the poi trial.
The Kapa Haka class.
Learning to make Māori poi, except for that last step.
And then I moved to New Zealand. To get a PhD. In poi spinning.
The Hackathon (part 2)
The Hackathon (part 1)
The business men.
Post TED talk patience, prospects, and perseverance.
The TED talk.
The dress rehearsal, less than 24 hours before the TED talk. When the Orbitar didn’t work.
Orbitar: 1, Laptop: 0.
An introvert’s worst nightmare. I mean, the TED talk speaker orientation.

I had been introduced to Mr. X once before, to request permission to sit in on his Kapa Haka class about Māori culture. The introduction began with Mr. X staring sternly and intently through my eyes and into my soul for an abnormally long amount of time, was followed by an uncomfortable laughter, and concluded with a brief “you can sit in on my class.” I thought about and journaled about this moment obsessively for the next few days…how did he do that? Look straight through me? Mr. X seemed not to catalogue this life changing moment in his memory, as when I arrived to sit in on his class a few weeks later, he showed no signs of recognizing me. All the better, as I just wanted to unobtrusively slip into the back of the room and take some notes. Today’s lesson was on poi spinning.

The general murmur of about 100 undergraduate students tapered off when we were instructed to take our place in lines on the floor. My initial reaction was to retreat into the corner and do some quiet observing, but what the heck, I might as well get the full participatory experience of whatever was about to happen. Plus, it felt less weird to disappear into the crowd than stand out on the sidelines. So instead of retreating into the corner by myself, I retreated into the back corner of the last line, where I awkwardly stood surrounded entirely by men, until I realized I was surrounded entirely by men, and reluctantly moved up to where the lines of ladies began. And then, without warning, everyone erupted into a haka, chanting and gesturing and stepping in time. After a brief moment of paralyzation, I literally ran out of the lines (no way in hell I can do this!), and then slowly retreated back into the lines (but there is no where else to go!), and, I’m sure, performed the worst haka of all time. At some point one of the instructors shouted something about our chanting not being good enough and I actually started to randomly move my mouth in hopes that the shape of it would sometimes align with whatever we were supposed to be saying.

We went through a few different hakas, and though I continued to look like a complete idiot, it became somewhat enjoyable. I caught on to some of the gestures, and became slightly more confident in my steps. Nonetheless, I was glad when that portion of the class concluded, and we could get on to poi. We made them exactly the same way as I had a few days ago at the wananga, except the boys cut down the foam cubes for us, to save time (and then they promptly disappeared with Mr. X to work on…boy stuff). The ladies stayed put and wove our poi cords, connected the foam balls, and did the trash bag finishing. I could hear the boys chanting a haka in the distance and felt pangs of sexism jolt through me….I did come all the way to New Zealand to study poi, but in that moment chanting a strong haka was more appealing than having arts and crafts time with yarn and trash bags.

As our poi were coming together, a few girls started casually playing around with some basic poi moves.

I stood on the edge of the group and attempted to mimic their movements, but I could not wrap my brain around the way their wrists were moving, the poi bouncing off both sides of their forearms. My decade of spinning experience seemed completely useless, it was just so unlike any kind of poi I had ever done. While the last girls finished up their poi, I practiced one move over and over again with very little success, fully relishing in the awe and frustration of being a beginner. Just as I was about to practice with my left hand, it was announced that we should form lines on the floor, again. The dreaded lines. And my first Māori poi lesson began.

We started with the move I had just been practicing. There was no verbal instruction. It was shown to us with the right hand, and we were expected to just do it (thank goodness I had a head start). “All together now, 10 times in a row” and the instructor counted to 10 and our poi flapped and flailed along. “Now with the left hand” and just like that, we were supposed to execute the move 10 times in a row, with a unified rhythm and synchronization, with our left hand. Our left hand! Is everyone in New Zealand ambidextrous? I couldn’t do the move even one time. And it went on like that, with 9 different moves. No verbal instruction. A 5 second demonstration of the move, and we were off. Where was the deep and meaningful explanation of the movements, their symbolism and historic roots unveiled? Where was the conversation about why we spin? About what the poi embody? About why the men weren’t in here suffering with us? Just as I hit peak despondence, Mr. X and the boys came back, to watch us demonstrate what we had learned. Unlike my performance in the surprise haka at the beginning of class, I had no excuse for sucking. Oh, and did I mention we had been rotating lines, and I ended up in the front row? Well I did.

So with our instructor relentlessly counting to 10, and the watchful gaze of the men upon us, we “demonstrated” what we had learned. More than once I messed up right off the bat and missed the entire count of 10. I hit myself in the head a few times. Every now and then I laughed, and every now and then I did a move pretty well. Overall it was flustering, and slightly embarrassing, but at least I had 9 new poi moves to work on. When we finished, the men, somewhat sympathetically, applauded our efforts. We were then treated to the haka they had been working on. The energy and sharpness of their movements was amazing, their voices fiercely resonating through the hall. We applauded enthusiastically.

As I left the class I couldn’t help but feel that our poi demonstration was some piddly game compared to the fervor of the haka. But as soon as I got home, I was immediately drawn to my poi. And as I practiced the moves, falling into that perfect flow (and also continuing to hit myself in the head on occasion), I felt all the power resonating from my poi and my body that I felt resonating from that haka, and then some. But I didn’t feel any closer to understanding the bigger questions, the how and why, the meaning behind the tradition. Good thing I traveled half way around the world to get a PhD in poi spinning. And I wasn’t leaving until I figured it out…