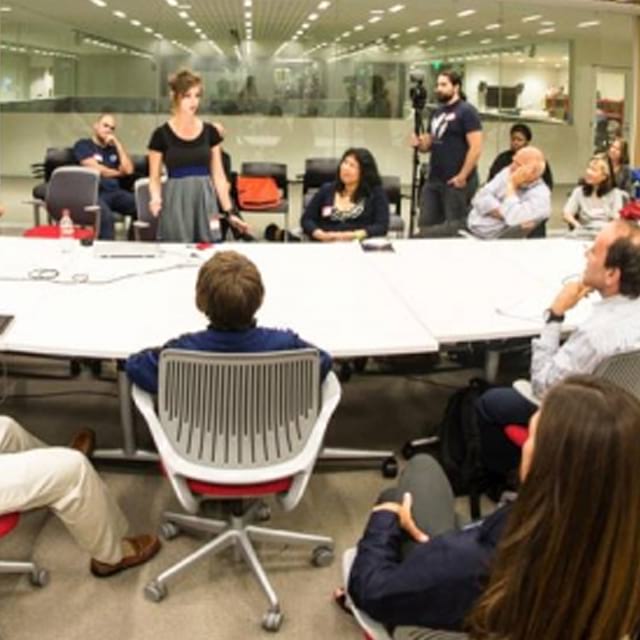 Tags
elevator pitch
MIT Media Lab
public speaking
speaker orientation
Ted Talk
TEDx Beacon St
The Orbitar
All posts
The conferences.
The poi lessons.
The pre-tests.
The participants.
Just say No to section G.
The signature quest.
Planning the poi trial.
The Kapa Haka class.
Learning to make Māori poi, except for that last step.
And then I moved to New Zealand. To get a PhD. In poi spinning.
The Hackathon (part 2)
The Hackathon (part 1)
The business men.
Post TED talk patience, prospects, and perseverance.
The TED talk.
The dress rehearsal, less than 24 hours before the TED talk. When the Orbitar didn’t work.
Orbitar: 1, Laptop: 0.
An introvert’s worst nightmare. I mean, the TED talk speaker orientation.

So there we were, the 2013 TEDxBeacon Street speakers, sitting in our swivel-y chairs around a long table for our first speaker orientation. It was no big deal, you know; a mechanical engineer, a Pulitzer Prize winner, an MIT professor, and…me…some sort of artistic/musical/entrepreneurial conglomeration with no particularly notable title. We got to know each other (well, mostly they got to know each other while I pretended to be extremely interested in the details of my environment as to avoid making conversation), we were told a bunch of statistics about the number of people that would view our talk around the world, and then…”Okay, give me a 5 minute elevator pitch of your idea. You. GO!”…

Woah woah woah, first of all, don’t you know our talk is more 2 months away? And second, don’t you know I haven’t given any kind of speech since my freshman year of college? And third, are you crazy? Right now? An elevator pitch? In front of all these people? Yeah, all that went through my head in about 5 seconds, though outwardly I managed to control my disbelief into a slight raising of one eyebrow. And then my insides began frantically searching for some kind of coherent statement to kick off the elevator pitch I hoped was buried inside me.

And so I started blabbering. About being in the circus and tearing my rotator cuff. About riding down Michigan Avenue with a bicycle basket full of sock poi in a terribly disappointing attempt to set up shop on the sidewalk and teach the world how to spin. About poi students knocking over my living room plants and getting tangled in my chandelier. About inventing this poi spinning musical instrument that I believed was the future of play against all criticism and skeptics. And some how, through a whirlwind of thoughts and way too many words, I came to some kind of stopping point, and a resounding “NICE!” rang through the room, as we were instructed to say after every elevator pitch. Forced or not, hearing a whole room of people say “NICE!” felt pretty good.

As I collapsed back into my chair and resumed my nervous swiveling, all I could hope was that they weren’t going to kick me out based on my impromptu speaking skills. I knew (and now everyone else knew) that this kind of thing was not my forte. But what they didn’t know was that I’m awesome at things I have time to prepare for, and I had 2 months on my hands. I was going to practice the shit out this TED speech I hadn’t written yet, and I was going to completely crush it.