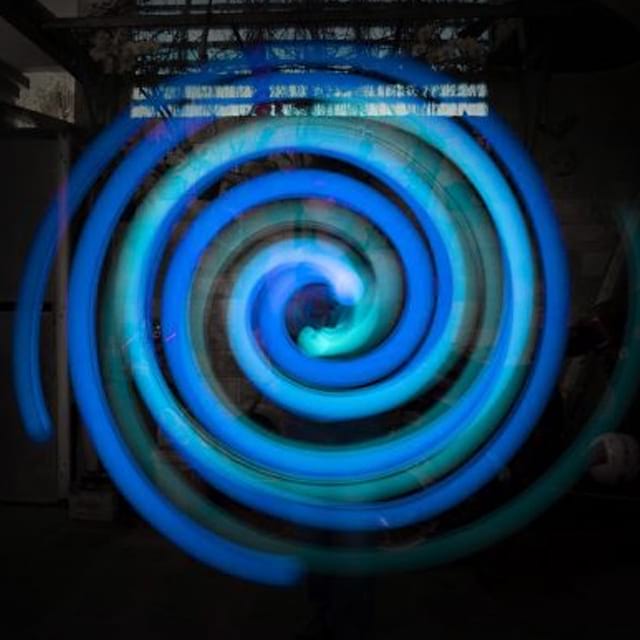 When I first saw a poi performance at a festival in 2017, I knew there was something mysterious about it. It was a fire poi performance. I watched the performer carefully, tried to remember the movements as much as possible, tried to understand the unknown feeling that was happening to me at that moment (kind of a hypnotic state – in a very good way). I felt the earth rotating, and all the stars above the sky were moving with the performer. That was so magical.

After that moment, I tried to figure out what that is. I really wanted to do “that thing”, but I had no answer to what its name was, because in my country not many people know about it. There is no word you can use to describe “Poi” in Vietnamese. People usually call it “ball dancing” or “fire dancing” (in Vietnamese). I gave up for a while. Suddenly during 2018, a thought came through my mind about that moment in the festival, which forced me to dig deeper into the topic of “ball dancing” and “fire dancing” (this time I looked it up in English) and I found the first definition of “Poi”. I bought myself a pair of poi immediately (sadly it was a very cheap poi that I could find at that time). It was frustrating at the beginning because the poi continuously hit me. But after a few weeks, it got better. As a musician, I think the feeling of self-improvement is the best feeling on earth. There is no “success”, just the improvement itself. Poi gives me the exact feeling that I need. After that, I decided to order a better pair of Poi, and of course it was worth it. I tried to practice more and more difficult movements that I could find. I have a passion to challenge myself.

I decide to play Poi everyday. Sometimes I turn on the music and flow with it. Since then, I feel myself better. Some parts of my body are just being more “active” (because I don’t play any sports – which is bad, I know). My mind becomes more clear and relaxed. Thoughts become more positive. I normally feel an empty mind with Poi in hands. And to me this is the most interesting part: when I perform for my friends, they feel magical too.

Eventually, I met more people who were also interested in poi. They are a small circus community and they invited me to come and play. We meet each other every weekends and exchange knowledges and skills, I don’t have to play alone anymore. It’s good to have someone to practice with, and I can feel my skills in poi have improved so much. Last week I had a chance to perform in front of all my co-workers and friends at an event. I decided to take that opportunity to see what I can do in front of a lot of people, and that was amazing. I’ve never feel as confident as I was in that moment. I hope I gave the “magical feeling” to people around me.

I always say to my friends when I’m practicing poi: I don’t lead the poi, the poi lead me. And it actually does, not only when practicing, but also in my personality and my life.